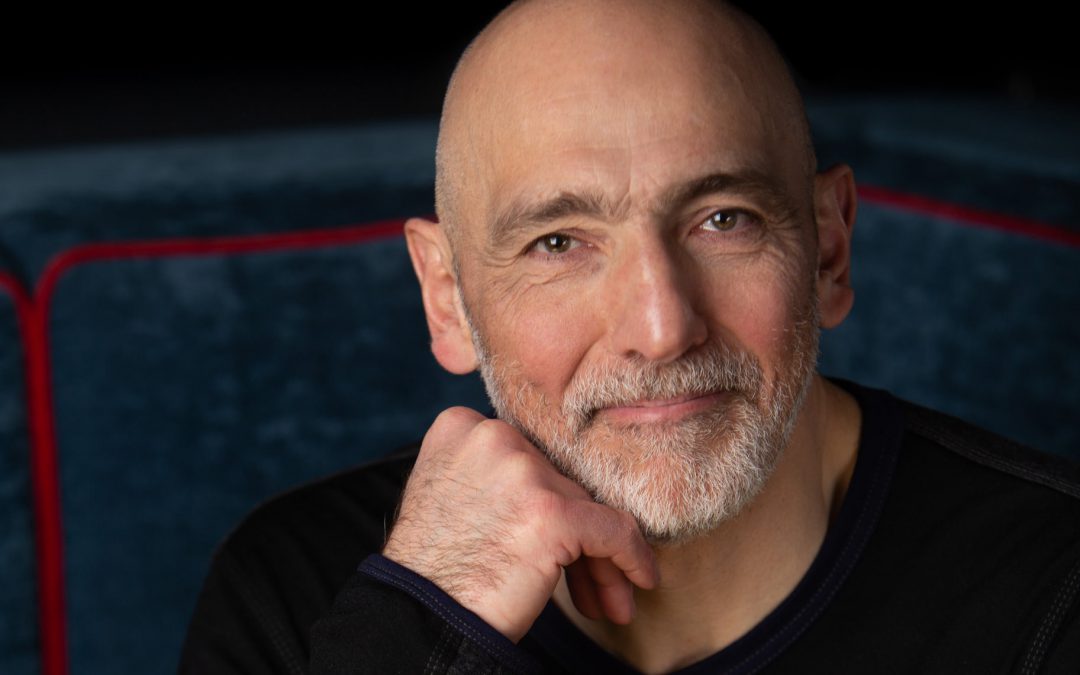 During our chat, Wassef shared his take on the opportunities for Syrian business owners and the value exchange of angel investments for investors and entrepreneurs alike.

Part I: Your Story

Shortly after my birth in Damascus my father started building his engineering career in the Gulf; first in Saudi Arabia and then in the UAE. After a few years of difficult commuting the whole family moved to Dubai where we stayed until moving to Beirut before quickly returning to the Gulf at the onset of the Lebanese civil war.

I started my first year of university at AUB and was forced to leave again to complete my college studies in the US. With a degree in Computer Science and Mathematics, I worked for a mini-computer company in the Gulf for a couple of years. I then joined Microsoft in Redmond in to develop products for the Arabic and Hebrew markets. After a few years I became part of the Windows 95 team and developed a number of networking and system technologies and products.

I left Microsoft in 2000 to pursue a career in Venture Capital which yielded many interesting and successful projects, culminating in being a founder of pi, a startup acquired by EMC in 2009.

After the acquisition of pi, my wife Racha (who is also of Syrian origin) and I started discussing establishing our own startup to focus on creating value through bringing the best of our culture to the west. After exploring a few possibilities, we settled on the idea of bringing healthy and bespoke Levantine street food and making them in a contemporary, scalable and high-quality manner using only the best local ingredients.

Soon after, we realized that we needed to integrate the street food project within a more complete restaurant offering to maximize impact and chances of success.  mamnoon restaurant with the integrated mamnoon street oven and takeout window were born in 2012 and almost instantly received critical and popular acclaim.

We have since opened three other restaurants, all based on our philosophy of modern Levantine hospitality. These are: anar – vegetarian middle eastern, mamnoon street – the best of our mana’eesh, shawarmas and mezzes in a fast-paced setting, and mbar – a rooftop restaurant and bar offering a contemporary Levantine social and hospitality experience.

We managed to apply technology startup principles to our restaurants and are in the process of integrating all our brands into one group envelope: mama restaurant group.  Many of our systems are based on our own intellectual property, unique recipes and techniques, as well as a culture based on building strong, vested interests and talent development.  These are all direct transitions of work I did in the past within Microsoft and many startups after.

The main difficulties arise around keeping teams motivated and reinforcing patience.  While the value creation and team culture principles can be similar to tech startups, things move a lot slower, and are subject to factors outside our control that can be stressful such as constant service schedules. As a result, everything takes a lot longer to be realized and not all team members have the patience, interest, or aptitude for this kind of startup journey.

The other big adjustment is that we are an industry that is 100% dependent on the good will of our guests. That means all systems have to place guest satisfaction and ambassadorship at the center. Unfortunately, there are no good technology solutions, and this depends almost completely on highly empathic and well-trained team members. We also have to put policies in place to create exemplary and natural guest interactions all the time. This was something that growing up in the Middle East gave us some feeling for, but it was a hugely personal and humbling learning experience.

I have had over 20 angel personal investments, in addition to 12 as a VC partner. I also invested a lot of time in 4 startups I founded and have been an operational part of.

Yes, through 7awi.com which has a Syrian CEO and several Syrian investors. I would like to learn and support this space more, especially as it relates to rebuilding or launching Syria and its people into the future.

Often an entrepreneur has no way to obtain critical resources needed to launch a product or company at precisely the time of maximum risk. This is where an angel investor can change history with maximum ROI potential.  Angel investors must be ready to lose their time, investment and potentially defend their stakes with many follow-on rounds. The value to the entrepreneur is incalculable. For most, it is basically the difference between a company existing or not.

A VC is essentially managing money for investors with a promise or projection of return.  Often, the money is collected based on track record and/or stated investment policy.  A VC earns fees for managing the investments that pay for salaries, research staff, overhead etc. Despite the risk that’s omnipresent, there is always the expectation of a return by investors in the VC fund. As a result, VC investments tend to require less risk and more support structure from startups.

An Angel investor is working on her/his own behalf with no overhead and smaller resources, but they will require a much more intimate and personal approach and relation with investment, with significant limits to how far they can scale in support of the company. Often, Angels offer critical help in the early stages with network contacts and strategic advice, only to have that become difficult to sustain as the startup grows. That’s why a healthy startup ecosystem needs both angels and VC’s.

Starting in 2005, the advent of AWS (Amazon Web Services) changed the landscape dramatically for tech startups because it significantly lowered the capital needed to build any service to scale. Subsequently, and at an accelerating pace, many services built on AWS and similar clouds became distinct platforms entrepreneurs could use. All this of course depended on the availability of a wide range of talent and characteristics of the target market that allowed services to build huge usage quickly. An ecosystem needs all these elements.

Currently MENA, and more specifically a market targeting Syrians, has many friction points that would limit some markets.  The talent shortage is a real challenge as well as the technical and service platforms available.  A concerted focus on removing the friction points and developing talent is needed for the whole region.

Imagine a big pipeline of companies from inception stages to highly established publicly traded companies. A big reason for the huge success of the startup ecosystem in the US is that there are interested parties at every stage of a company’s lifecycle.  The critical stages that drive much of this commercially are the many possibilities of “liquidity” for investors. That means investors are able to convert equity to money at market-driven valuation. Without it, the pipeline ends up being small and difficult to navigate because the returns would almost always be managed through business partnerships.

I would prioritize education above all, followed closely by facilitation of work and financial independence of youth through remote work, matching and brokering. I would also add communication and media to the mix, particularly focusing on information distribution in a variety of practical spaces such as agriculture, health, economy and local markets.

Healthcare is a very complicated space that needs strong physical infrastructure and logistics. It’s a critical area but entrepreneurs will stand to fail unless the services can be delivered without these physical dependencies.

Part IV: The Path to Success

Calibrating the general startup/entrepreneurial dreams and ambitions to the realities of the chosen market. Understanding the real needs of the market is also a challenge.  Syrian diaspora clients’ needs are very different based on how and where they ended up there, so finding common ground is critical. For those trying to reach markets remotely outside MENA or Syria, the competition is fierce, and standards of product/tech are much higher than can be realistically attained.

In our case, we made the switch from pure software and tech to the food industry. The biggest lesson is to give yourself time to learn about the differences and accept changes in certain practices that may appear to be similar.

As much as I’d like to take credit, the reality is that luck plays a huge factor. Luck can be one of the ways to motivate yourself as an entrepreneur in the face of multiple failures.

A good entrepreneur is always treading a fine line between hope and reality, fueled by hard work and efficient use of all resources. The hope is sustained by attitude but also the support they have from angels, community, investors (VC and institutional) and of course, viable markets. There is a lot of work required to be able to create this by many parties, all bearing common commercial and cultural interests. I’d love to see this effort being mirrored by others to build the pipeline.